When we go to Church, when we read the scriptures, we are exposed to the idea of heaven and visions of heaven. But can people see heavenly visions in our time? And if they can, what does it mean for the rest of us?

Twice now I have seen the movie Heaven is For Real. The movie is based on a book that tells the story of a boy, the son of a preacher, who visited heaven during a life-saving operation. The story eventually goes public, and causes quite a stir throughout the community.

What I found to be most interesting was the disbelief of the church members. Christian people who believe in Jesus and miracles, but extremely closed off to the boy’s experience of visiting heaven and seeing Jesus.

I believe Jesus is a real Being. I believe that He has a perfectly resurrected body of tangible flesh and bone, as does His Father. I believe people in the Old Testament saw visions of God and Jesus, and that people in the New Testament walked and talked with him during his mortal life, and saw and touched, and ate with Him after his resurrection. 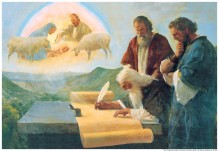 “For unto us a child is born, unto us a son is given: and the government shall be upon his shoulder: and his name shall be called Wonderful, Counsellor, The mighty God, The everlasting Father, The Prince of Peace.” -Isaiah 9:6 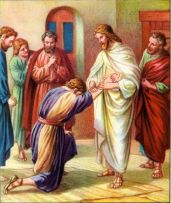 “Then saith he [Jesus] to Thomas, Reach hither thy finger, and behold my hands; and reach hither thy hand, and thrust it into my side: and be not faithless, but believing. And Thomas answered and said unto him, My Lord and my God.” -John 20:27-28

As a Latter-day Saint (Mormon), I believe in both ancient and modern day visions. I believe the Father and the Son appeared to a young boy and called him by name, and that through him, restored the order and purpose of Jesus’ earthly Church and ministry.

“I saw a pillar of light exactly over my head, above the brightness of the sun, which descended gradually until it fell upon me…When the light rested upon me I saw two Personages, whose brightness and glory defy all description, standing above me in the air. One of them spake unto me, calling me by name and said, pointing to the other—This is my Beloved Son. Hear Him!” -Joseph Smith—History 1:16-17 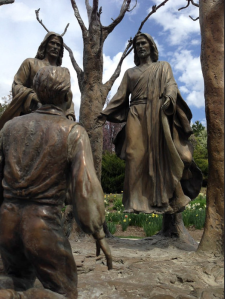 When someone claims to see a vision, does it make them a prophet? Not necessarily. Each of us are God’s children and are all equally entitled to have special experiences to build our faith in His existence, and to use those experiences to lift others, as depicted in Heaven is For Real.

So anytime you hear of someone who experiences a vision of God or heaven or something of the like, don’t discount it right away. It could be an opportunity to build your faith.

“Jesus saith unto him…because thou hast seen me, blessed are they that have not seen, and yet have believed.” -John 20:29