With the death of President Thomas S. Monson at the beginning of this month, the church has announced a new First Presidency. President Russell M. Nelson has been set apart as President of the Church, and has chosen Dallin H. Oaks as his first counselor, and Henry B. Eyring as his second counselor.

Many have wondered why Elder Dieter F. Uchtdorf was not selected to return to the First Presidency, and of course, many have and are still speculating as to why.

Here’s the thing… When the President of the church passes away, the First Presidency is completely dissolved. The counselors take their place in the Quorum of Twelve Apostles according to seniority in that quorum. When a new President of the Church is chosen from the Quorum (usually the most senior Apostle), a new First Presidency is created, the counselors being chosen by the new President of the Church. It can be any member of the Quorum of the Twelve, regardless of seniority. There is no doctrine or policy that states that the new President has to select a previous member of the Presidency. These men serve in the capacity where they are needed most at any given time, and they understand that.

It’s important to remember that these men are extremely tight-knit. Just watch them interact during the meetings held yesterday. They have a deep love and concern for one another. Such respect and love between them as associates in the Quorum is on a higher level than the typical friendships/associations you or I experience on a daily basis. These men are completely and unselfishly united and committed to their calling and purpose. They are one.

This is an exciting time for the Church. President Nelson has no doubt been prepared throughout his life for the high and holy calling that he now holds. I look forward to learning from him and his counselors. I take confidence in these words he shared from the press conference held yesterday:

“I declare my devotion to God our Eternal Father and to His Son, Jesus Christ. I know and love Them and pledge to serve Them — and you — with every remaining breath of my life.”

President Oaks has been serving as an Apostle for the same amount of time as President Nelson. Over the past decade I have looked forward to and enjoyed his boldness and clarity, and I continue to look forward to more of that from him.

This will be the third First Presidency that President Eyring has served in. His role as a counselor to the President of the Church is obviously significant. His love for God and his fellow man is always obvious. His personality against that of President Oaks will provide a nice balance to the presidency.

This is a special time in the history of the Church. A solemn assembly will be held during the next General Conference, and during the assembly members of the Church will have the opportunity of sustaining these new leaders. 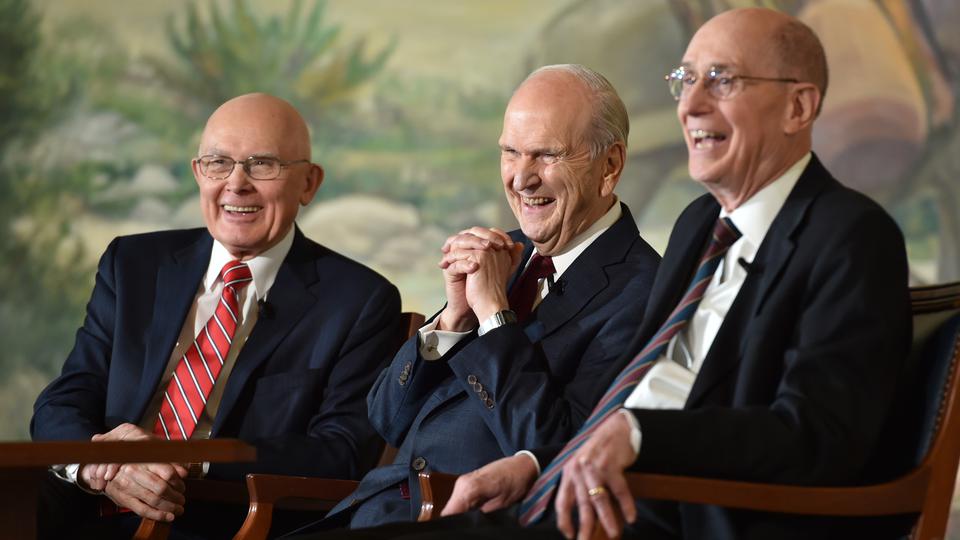